A PERSPECTIVE ON DEVELOPMENT OPPORTUNITIES IN AFRICA

With vast improvements in infrastructure, a prospering mobile industry and rapid economic growth Africa is rapidly emerging as a target market for international developers and investors. “The recent Africa Hotel Investment Forum in Ethiopia was well attended by a wide range of individuals and companies interested in the African Hotel market. Significant was the attendance by all the major global brands as well as emerging local brands and those from Asia. While Marriott have stolen a march from the rest through its acquisition of RSA based Protea, Carlson Rezidor seem to be most active, closely followed by Hilton, both having set up significant bases in Cape Town. Accor & Starwood are similarly seeking growth in Africa from RSA bases while IHG are leading from Dubai. Why Africa? Essentially it’s a matter of growth, both of population & economy, and Africa is viewed by most as the next Asia or China. While the IMF predicts world GDP annual growth outlook for the Eurozone at 0.12% and China at 0.83% the rest of the world is predicted at 1.36% and much of this from Africa where Angola, Ghana, Kenya, Nigeria, Tanzania, Ivory Coast, DRC & Ethiopia are all predicted to experience actual growth rates of between 4% to 9.7%. By 2025 Nigeria is predicted to be a $1 Trillion economy, Africa’s largest. There are reported to be more than twice as many middleclass citizens in sub-Saharan Africa than there were 30 years ago and the predicted growth curve remains steep while the economist predicts that 7 of the world’s 10 fastest growing economies in the period 2011 to 2015 are in Africa (Ethiopia, Mozambique, Tanzania, Congo, Ghana, Zambia & Nigeria). This all translates simply into a demand for development that potentially outstrips the future of other international markets. There are of course limitations. Africa comprises 54 counties and while Nigeria soars ahead counties like Zimbabwe & Congo have declined. It is not one market such as Europe, there remains much security and political instability plus the growing threat of Ebola. Added to this is the lack of comprehensive air linkages that are commonplace in Europe though the latter might fuel more rather than less hotel demand, plus the factor of difficulty of doing business. Asking the world’s leading brands for their ambitions for Africa elicits some fairly consistent & predictable results. Despite its already relatively sophisticated market South Africa remains, with Nigeria, top of the list. This is followed by Kenya, Tanzania, Ghana, Ethiopia, Uganda Mozambique & Angola with Rwanda a popular choice by virtue of the fact that it is uniquely the easiest place to do business. Generally the mid-market model is seen as the principal market. Brands are now also looking beyond signature representation in each country’s leading city and are coming head to head with local regional brands who have secured such strongholds. Africa’s future may largely be dependent on its ability to grow beyond traditionally heavily resource based economies, to the production of goods presently largely exported in unprocessed state.” (Above main image: Sunrise Hills Abuja, Nigeria. Inset image: Tsogo Sun Hotel, Cape Town RSA) 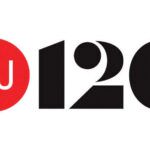