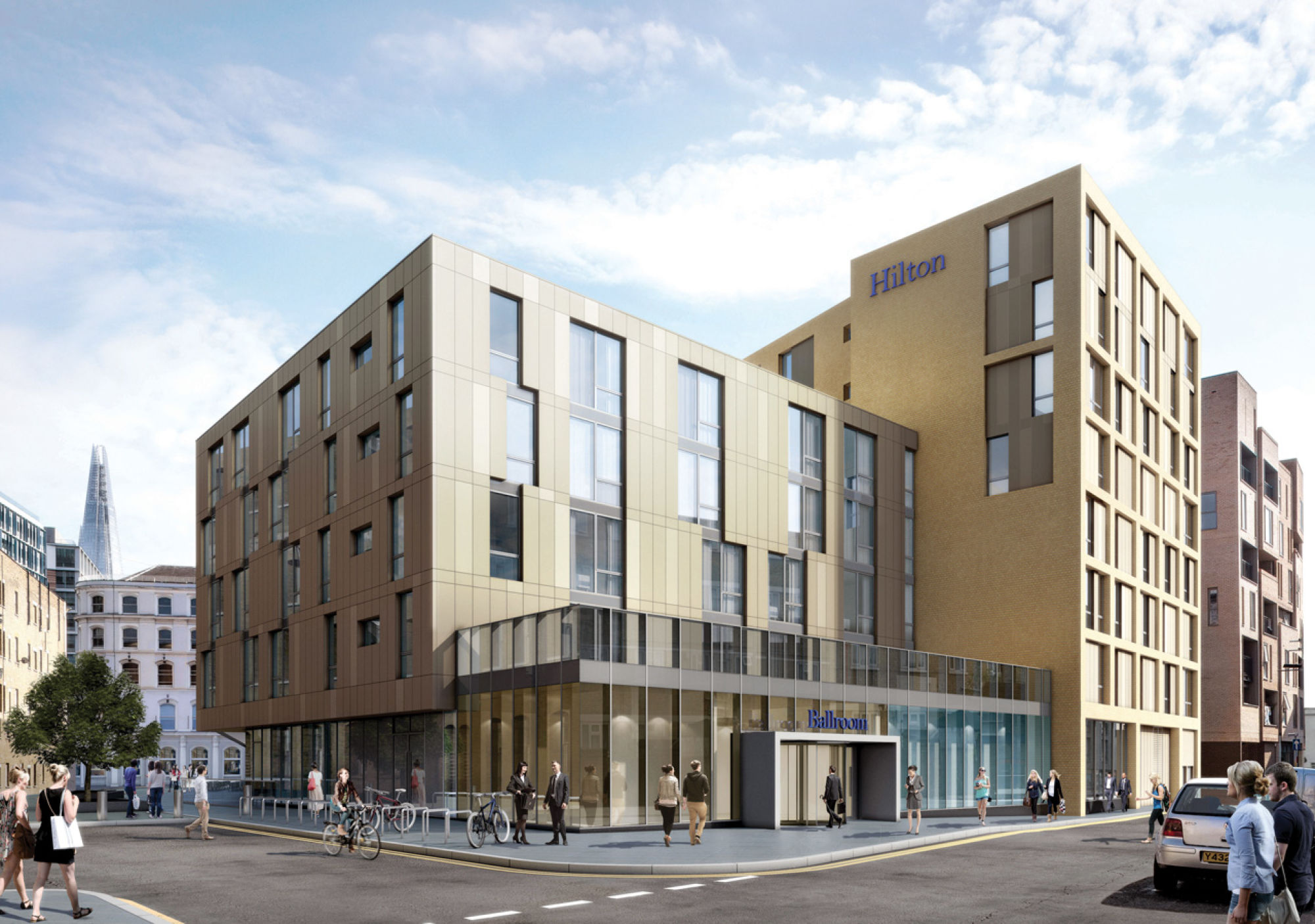 Hilton Hotels & Resorts has officially opened the doors to its newest hotel in London – Hilton London Bankside, culminating over 10 years work by PERSPECTIVE London. The 292 bedroom five star hotel, Hilton’s first in central London since 2006, adapts the traditional brand into an urban, design-led ethos that that looks to the next generation of hotels. The design for the hotel reflects the uniqueness of the site and it’s industrial past. The building features two adjoining forms, one low and one tall, each with its own identity, linked by a volumetric glazed entrance and inner lightwells. The height and massing relate to its existing and proposed neighbours, echoing the urban character whilst creating a distinct visual reference. The calmly layered facades of brick, metal and glass create a contemporary feel that reflects the tonality and character of the surrounding area. A lighter tone of brick is in keeping with the traditional local London stock, and a similarly lighter bronze coloured metal cladding, of a more engineered and robust nature, provides an instant sense of quality. Perspective London also collaborated on the design for the hotel’s interior spaces, including the lobby, restaurant and bar, executive lounge, ballroom and meeting space, spa and guestrooms. The exterior brick, metal and glass façades are echoed throughout the interior using a rich palette of exposed surfaces and layered materials. 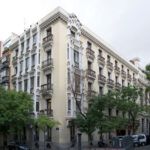 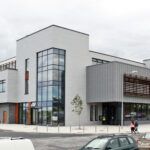