A&A has been commissioned to provide a development plan for the next 30 years for Tranås, a small town in the north of Småland, a historical province in the south of Sweden.

The plan aims to improve the qualities and functions of the existing urban structure by developing a larger and more consistent web of main streets with nodes being the small central points linking the different neighbourhoods. The future structure proposed will also prepare the ground for organic growth within the existing structure.

Access to the banks of the river Svartån, renowned for its environmental qualities, will be dramatically improved and new bridges are planned at strategic points.

Currently, the railway literally splits the town in half. Two new generous tunnels are proposed under the tracks; one linking the railway station and one at the end of the main Torget square. New large retail stores will be located on the west bank in connection with these tunnels integrating with the existing shopping streets.

A circular bend in the river delimits the area known as Ostanaparken that the plan proposes to develop as a public park with different eye catching features. New housing blocks on the opposite bank of the river will form a large almost crescent shaped urban space cresting the transition to the park area.

The ATOS Praxisklinik in Heidelberg decided to proceed with the modernisation of their operating theatres and sterilization area in order to comply with the latest quality requirements of the health authorities.

Architects HWP Hauss, Walla + Partner were appointed to design and coordinate the works for these structural alterations, which had to be carried out in several phases and in the shortest possible time span.

First of all the sterile and non-sterile areas were separated from one another by partitions, then the latest generation of medical washing machines and sterilizers were installed to replace the old ones.

In the next stage the walls and floors received new finishes. The operating theatres received a new panel wall cladding, which will facilitate the maintenance and guaranty the sterile conditions of these rooms.

The architects were able to complete the project on time despite the complex environment, thanks to the close collaboration of the Client and in particular the head of ATOS patient management Markus Stein and the ATOS project coordinator Reinhold Bletsch. 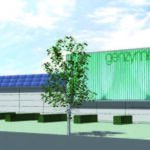 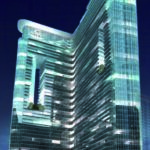