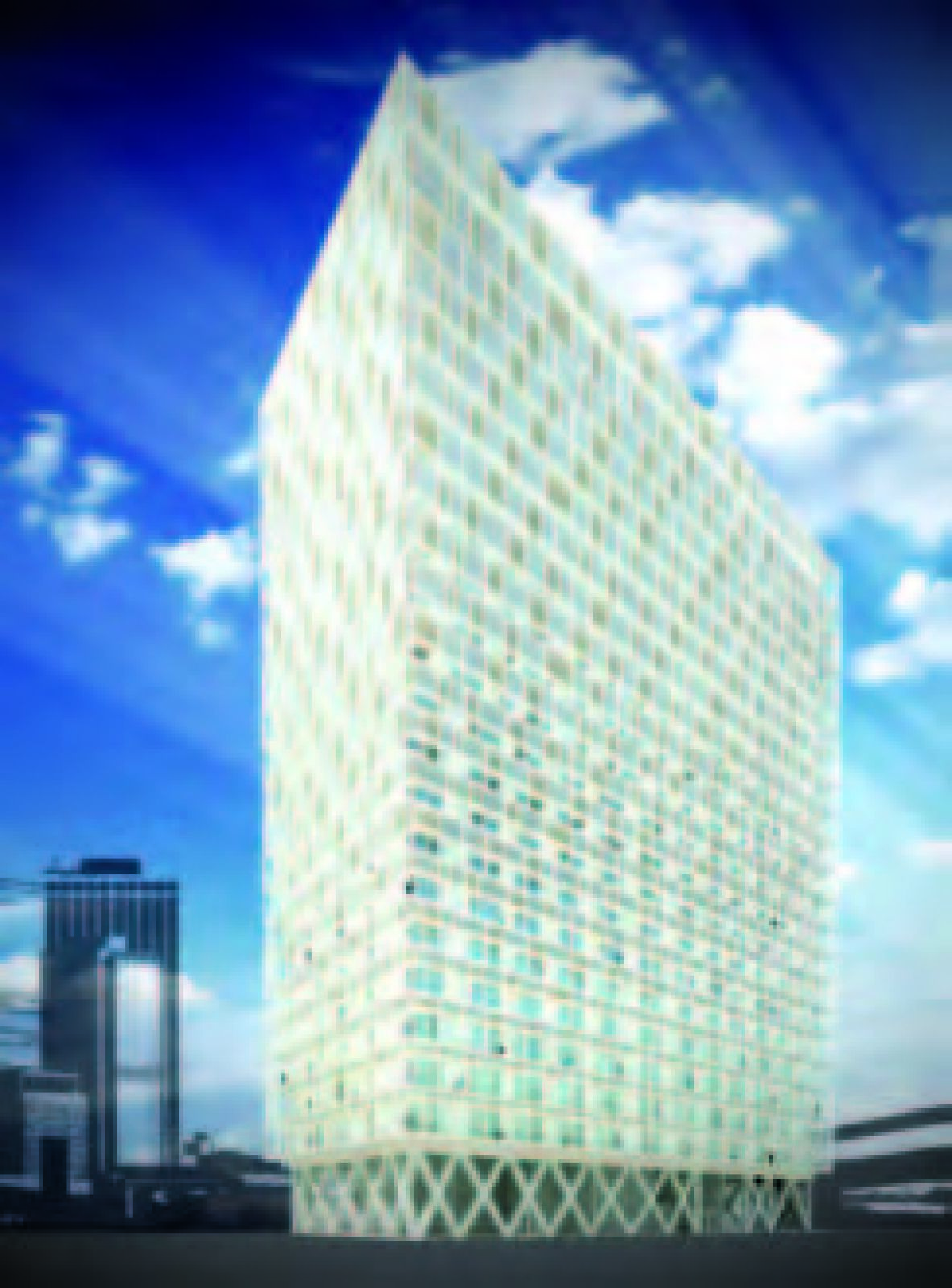 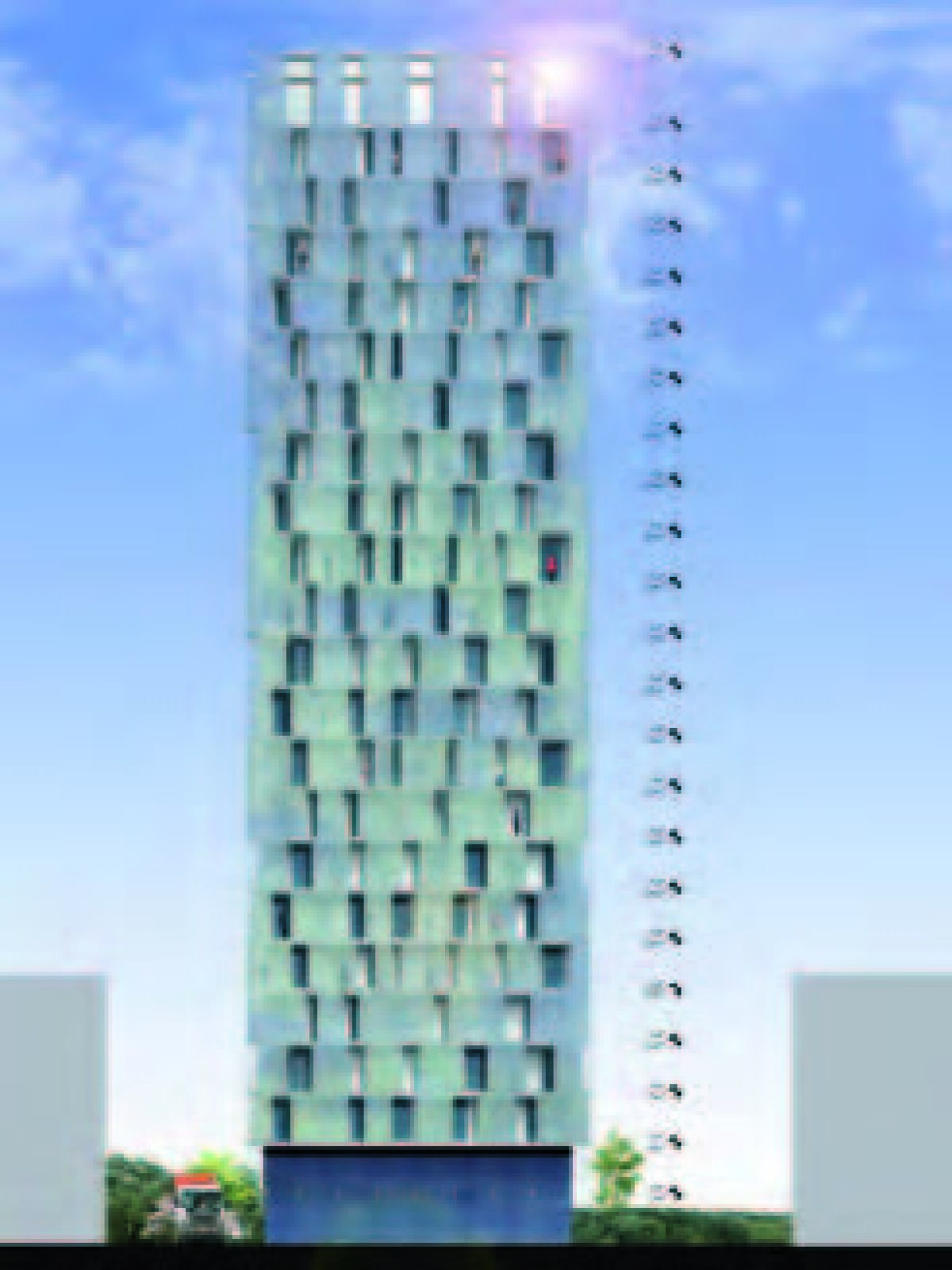 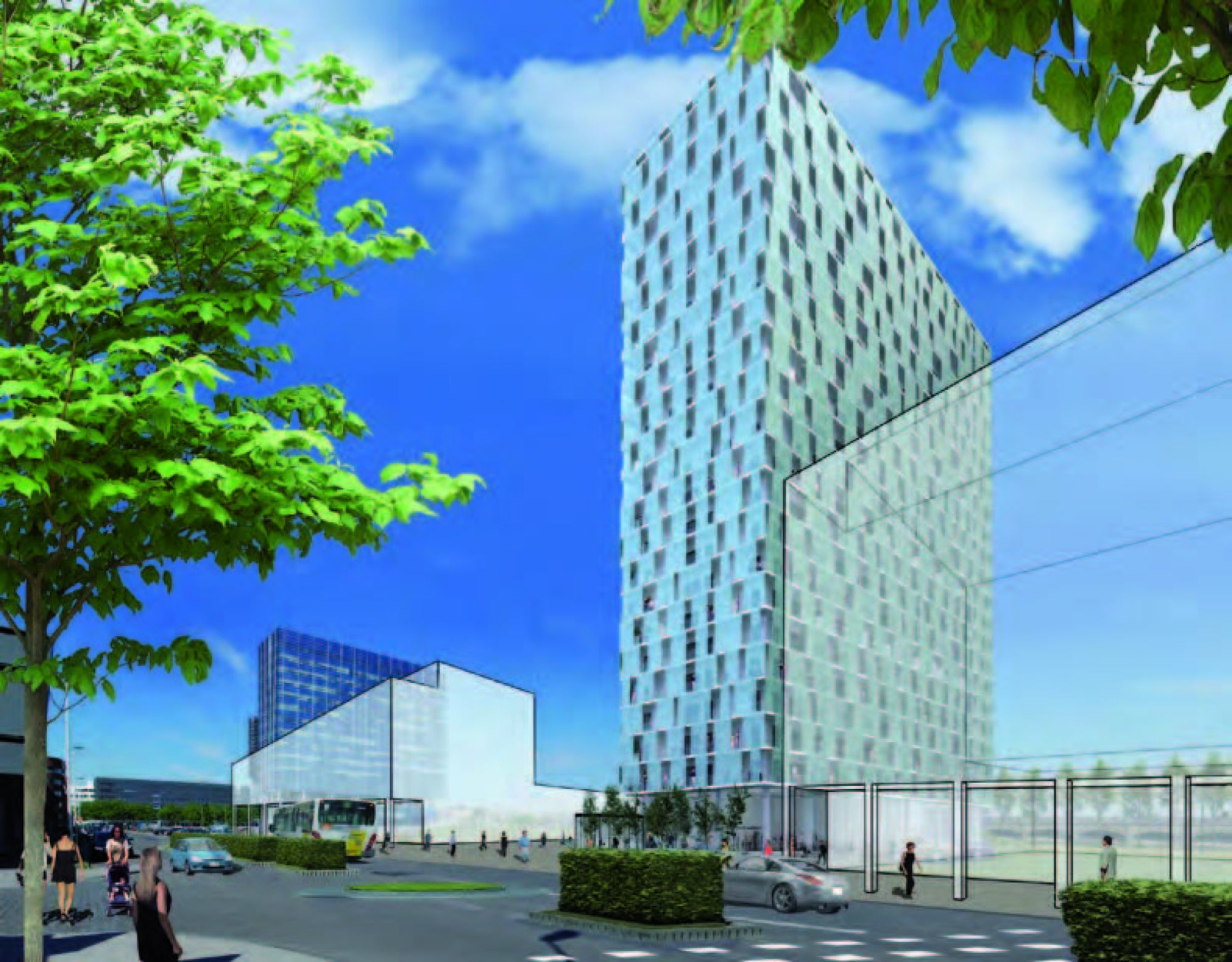 Tower II is situated as part of the brownfield regeneration masterplan ‘Stedelijk Park Spoor Noord’, a redevelopment plan for the former northern rail freight infrastructure of Antwerp. The masterplan was designed by Italian urban planners Secchi & Vigano, and is conceived as an urban park with concentrations of urban mixed use developments. The site of the Tower II project is located next to the sites of a number of future educational institutions, and will be flanked by 5 other towers.
The proposed scheme consists of a residential tower with a focus on younger occupants. The program is a mix of commercial space on the ground floor, 10 floors of student housing, and 10 floors of urban apartments, with a total of 360 housing units. An underground car park for 276 cars, 36 motorcycles, and 705 bicycles underneath the future school complex completes the design scheme.
Tower II has a simple, cuboid volumetric appearance, as required by zoning regulations. Continuous terraces surround the tower, and provide an outside space with magnificent views over the city, park, river and / or harbour from each living unit. The terraces are partially enclosed with a second skin, which functions as a wind break. This second skin also defines the expression of the tower, which will contribute to the northern skyline of the city of Antwerp. 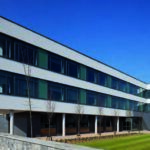 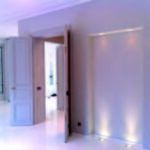