PERSPECTIVE Stockholm have a long experience of designing stations and Travel Centers, starting with the large Stockholm City bus Terminal in the World Trade Center building made during the eighties and including two commuter train stations near the city, another bus terminal and not least the large City Line commuter train stations along the new train tunnel right under the City of Stockholm presently under construction. Perspective Stockholm have recently been commissioned to design three new Travel Centers in the Stockholm region; Barkarby 20 km west and in Arninge 20 km to the northeast and Nyköping 100 km south of Stockholm, They all consist of train stations safely linked to bus terminals and are equipped with ample service for travelers including shops, cafeterias and weather protected waiting areas. Nyköping also includes a master plan for housing and commercial areas. 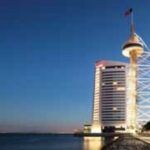 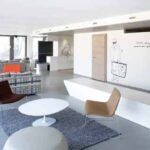