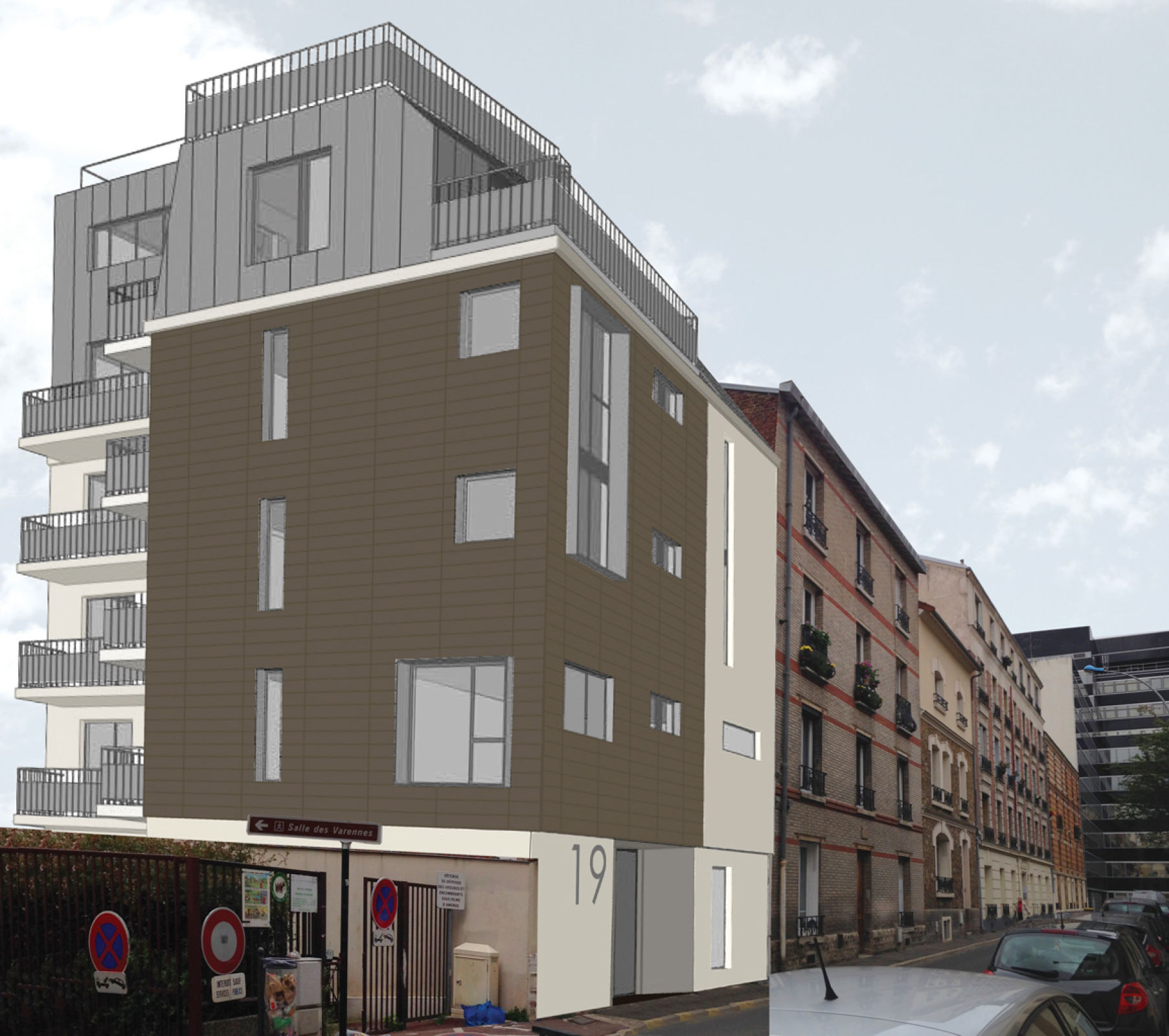 Based on the recommendation of a contractor, PERSPECTIVE Paris has been commissioned by a private investor to develop a newbuild residential block from conception to completion. Located in Issy-les-Moulineaux in the west suburbs of Paris the development has received a building permit from the City Hall. The building will be sited on the corner of Villa Marguerite and a pedestrian access road to a kindergarten school and a nearby park. An existing residential block sits facing the site on the opposite side of the pedestrian road. The street is essentially constituted of brick housing interspersed with some townhouses, with an extensive residential scheme at one end. Perspective France’s project consists of clearing and replacing the one storey house currently occupying the lot with a new five storey building. Due to the tight constraints of the site in relation to the surrounding environment, the new building will sit on the street limit and abut the boundary wall with it’s neighbours, forming an L shaped scheme. This will allow the use of the blind wall and offer most of the apartments and balconies views out over the garden and the nearby park. These facings have had to be designed according to French Building regulations at a minimum of 8m of the school lot limit. All the floors will be used as housing and the building is composed of 3 duplexes: ground and first levels opening on the garden, second and third levels, and fourth and fifth levels. The garden is only accessible from the ground floor apartment. Part of the entrance level is used for the foyer, bicycle storage and waste disposal. The basement will house cellars for the 3 apartments and technical rooms (water and power). The entire building incorporates outside insulation, and is built around many parts: the façade on the street side and the pedestrian route is composed of a vertical staircase element. Natural lichen colour coatings will cover the insulation. The corner of the building will be clad with pearl grey terracotta bricks, which will help to create homogeneity with the the surrounding buildings and will be in concordance with the modern aspect of the site. In order to inject some animation the cladding will be pierced by two long zinc framed openings. On the garden side, similarly coloured to the main façade, long hand rails and balustrades to the balconies as well as blind panelling help create movement on the façade. The small garden will mainly be used to allow adequate soil drainage. Finally, the upper two storeys of the façades are separated from the rest of the building by a cornice and terraces or balconies. Pre-coated grey zinc is used to reflect the wide use of regular zinc roofs in the Paris area. In order to remain within the permitted footprint of the building, the fourth floor has a terrace on the street side while the fifth is cut back, with no accessibility to the roof. The last façade faces the school and will be treated in the same manner as the façade overlooking the garden, it’s upper portion also being treated with the same zinc material. 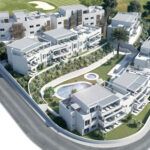 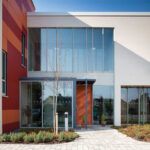