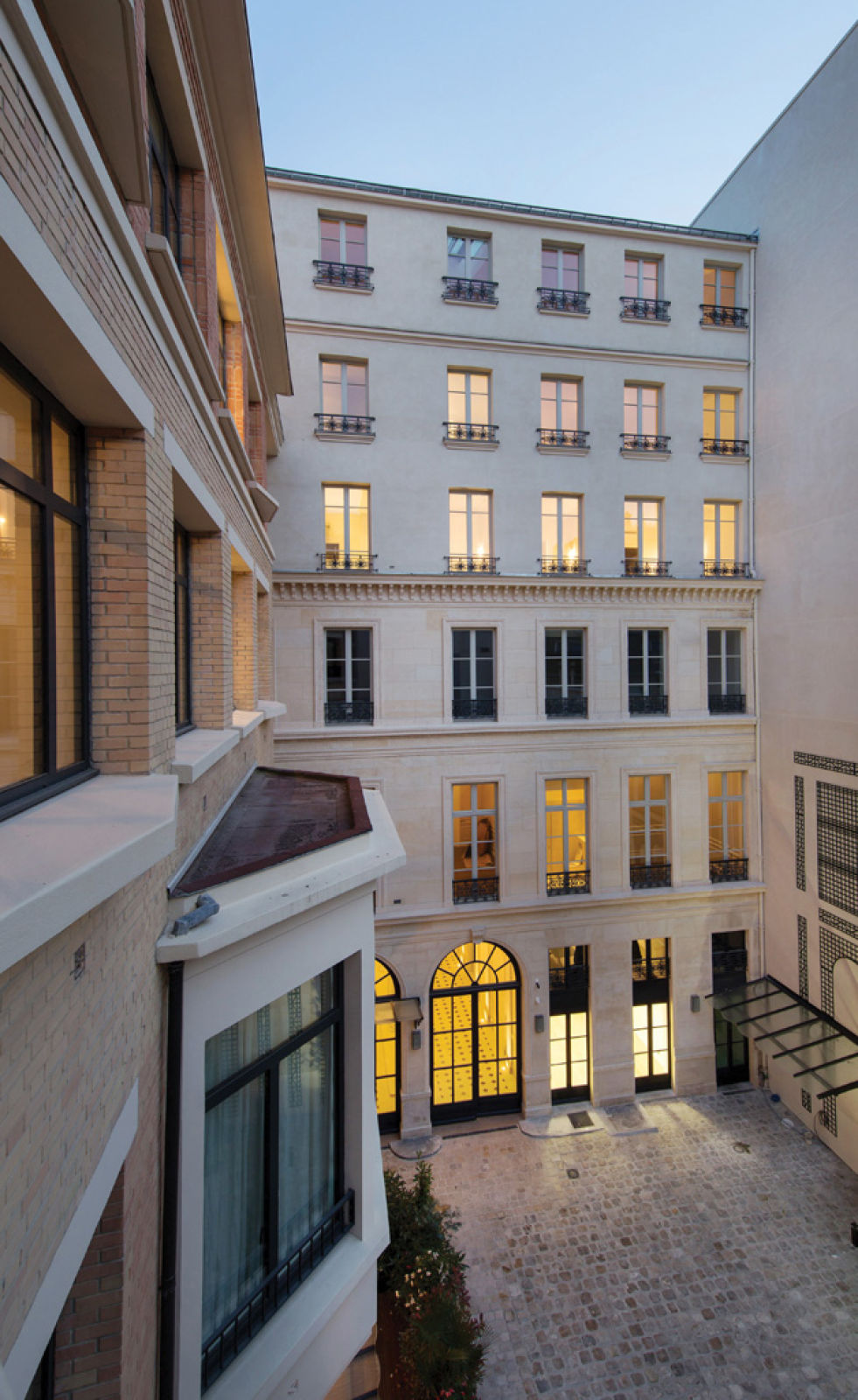 After three years conception and site execution, the refurbishment of 84 Rue de Lille is now compete and the first tenants are moving in. Composed of three buildings, our challenge was to integrate the site’s history and the construction. The first building on the street side is a ‘hôtel particulier’ with floors built at different times using two types of structure. The second building was built at the same time, around 1860. The third is made of brick and faces the interior courtyard. Built in the 1910s, it was also later extended during the 1950s. The buildings were used as offices for many years during which time many of the original features including moldings, cornices and ceilings, chimneys and above mirrors were destroyed. Only the first level on the street side was kept in a state close to the original. Before applying for the building permit to the change of use back into housing, we worked with three different local heritage consultants to modernise the building with lifts and large glass panels on the roof without altering the historical character of the building. We then began the structural study to marry the four different materials used in this project: stone, wood, metal and concrete. Finally, the finishing trades were able to reinstate original decoration and arrangements with large rooms on the street side, paneled doors and gilded moldings and cornices. 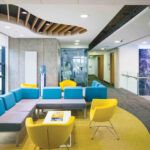 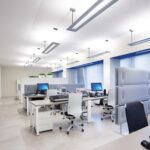