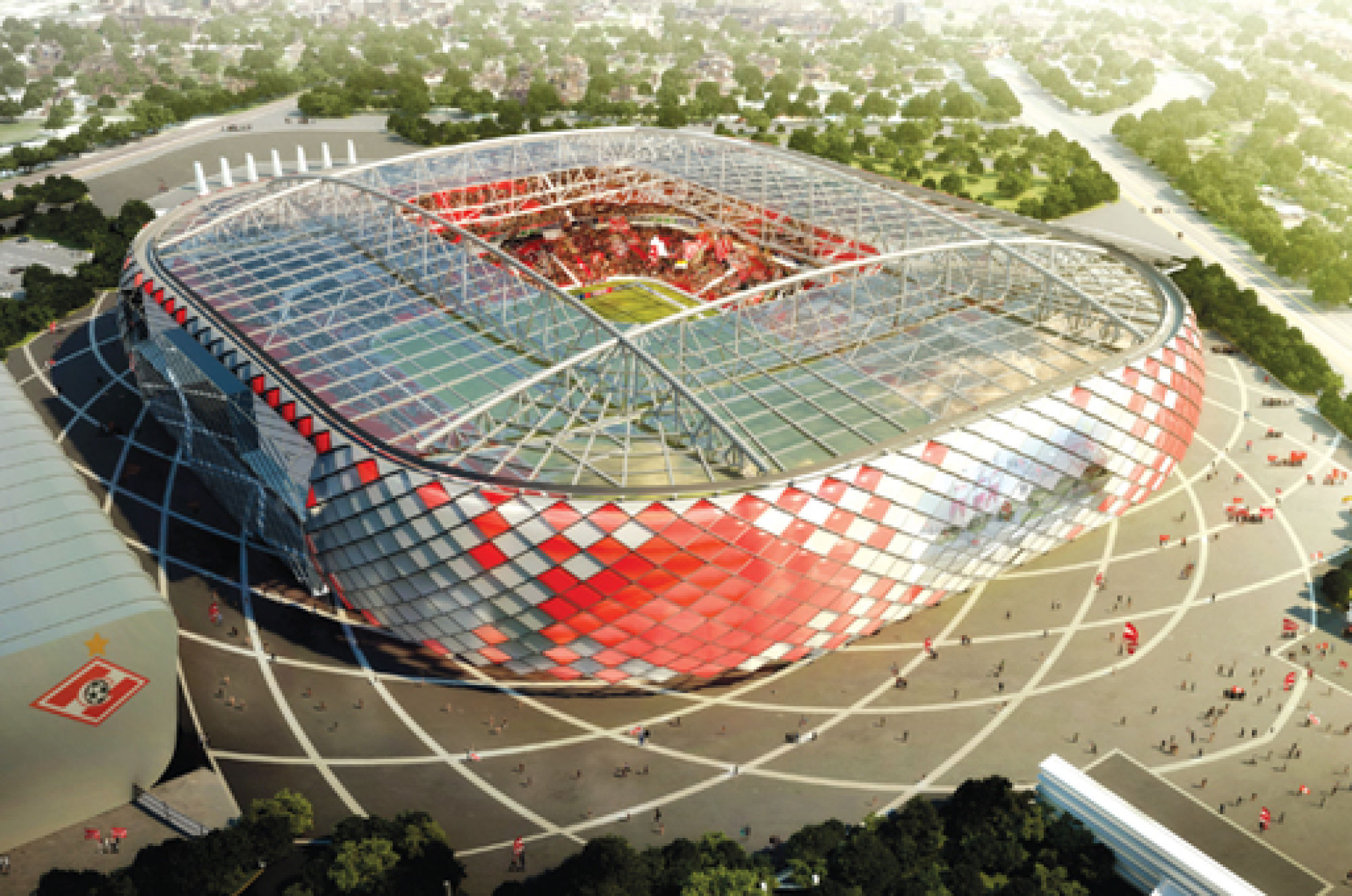 Dexter Moren Associates have secured their first sports project in Russia for FC Spartak Moscow. Set to become a new home for the football club it will also serve as a key venue for the 2018 FIFA World Cup. DMA’s facade design will provide a state of the art stadium that reflects the tradition and history of Moscow’s national football club.The facade is composed of a series of giant shingles inspired by the Spartak Moscow diamond insignia to create an armour like effect. The ‘armour’ shingles follow the curves of the building in each direction and create an overall appearance evocative of the coloured and textured domes of traditional Moscow architecture.

A key intent of the design brief was to create an exterior that could adapt to Moscow’s volatile weather conditions. The cladding wraps the Stadium facade in a consistent lattice with different panels incorporated which vary the facade’s solidity, translucency or transparency. Digital media and lighting are incorporated into the facade to capitalise on opportunities of advancements in digital communication channels, display technologies & social media.

On arrival to the stadia six new entrance pavilions will act to frame views of the building and help spectators navigate between key transition zones. A coherence between the stadium and pavilion has been important with the consistent use of materials and colour whilst ensuring that the main stadium retains visual dominance. 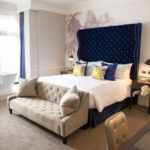 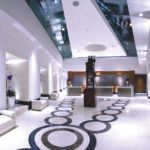