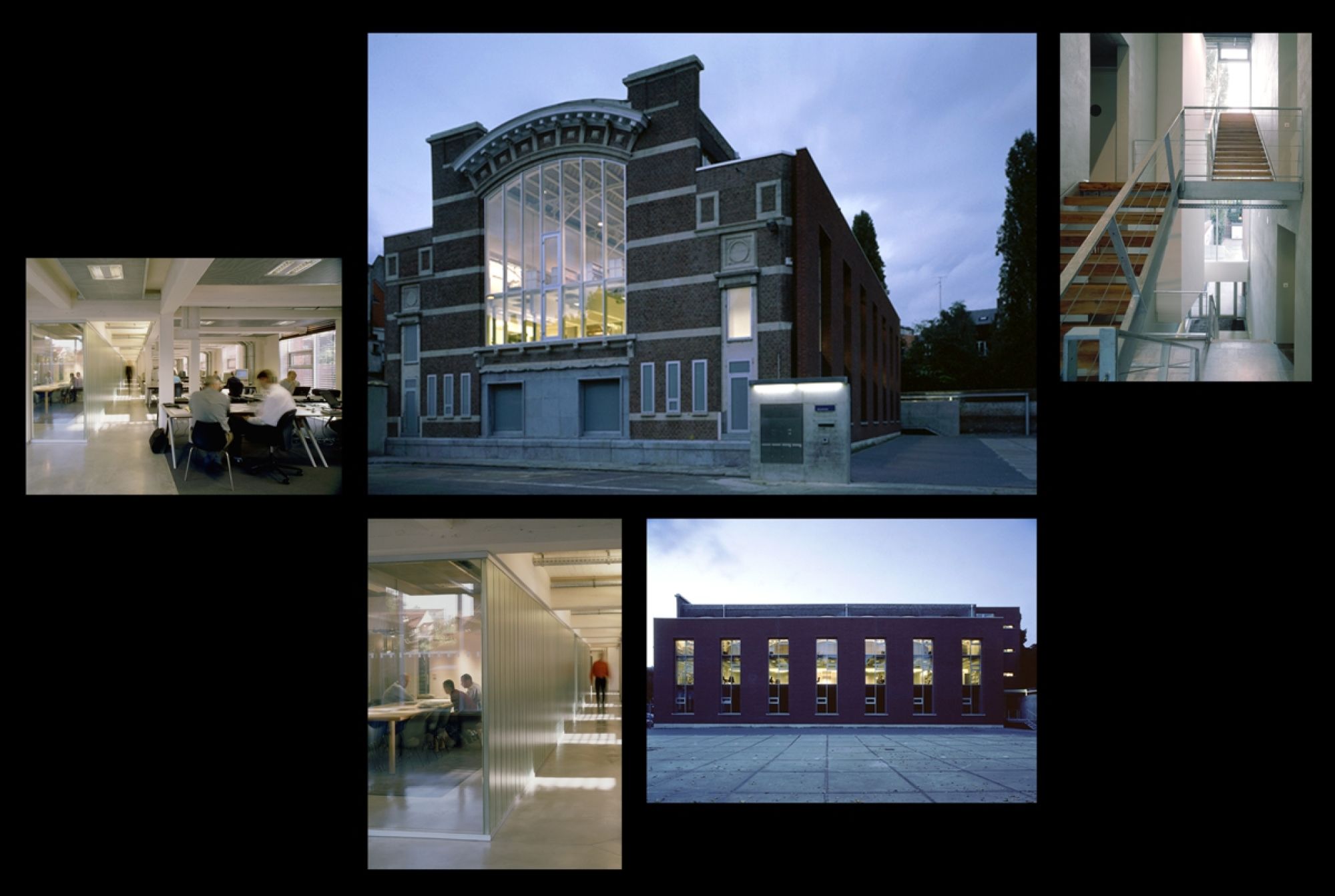 PERSPECTIVE  Antwerp’s  continued  expansion  in  the  late  90’s resulted in the need to leave our premises  at  180  Jan  Van  Rijswijcklaan that were our home for more  than  30  years  and  to  look for a larger facility.

An old and a-typical building in a quiet neighbourhood close to the Antwerp law courts was acquired in 1999 with the aim to convert it into a new studio (with address 1, Jan Blockxstraat).

The  building  dates  back  to  the beginning of the twentieth century (1908). It was originally built as a gymnasium for a local community and was designed by W. Van Kuyck,  Architect  and  Town  planner  who  also  designed  the  plan for the whole of the street.

The initial entry building – containing  biljards  rooms  and  jeu  de boules  yards,  was  demolished in the early 70ties to create a car park.

After the first world war, the family Englebert  acquired  the  building and  used  it  as  a  warehouse  for their   company   Uniroyal   Tyres. The large glazed wall on the main elevation was blown away during World  War  II,  after  which  the  facade was bricked up, hiding the freight elevator.

In  order  to  increase  the  storage capacity, two additional concrete floors   were   constructed inside the  main  hall  of  the  gymnasium. Nevertheless, a large part of the original cast iron structure is still visible.

The move in the summer of 2001 to  a  location  close  to  the  city centre gave us the opportunity to restore an old building to its original glory and at the same time to provide its team with an up to date,  pleasant  and  comfortable workplace.

The  renovation  was  done  with respect for the original structure. Many openings were made in the second floor to flood the first floor with daylight and to create a fluid vertical  circulation.  The  cast  iron frame was cleaned up and painted, and the timber ceiling of the second-floor  studio  was brought back to its original glory.

All cable trays, ventilating ducts, and piping were left visible, which adds to the workshop atmosphere.  Other  materials  used  are  polished  concrete  floors  and  solid oak stair treads and window sills. Sound  absorbent  wall  coverings and  carpet  have  been  used  to provide  the  equired  acoustical damping effect.

We have adopted an open landscape policy to encourage spontaneous  communication  and  to provide  flexibility  for  team  working.

Standard     2.10m     by     1.05m workstations  are  used  throughout the building by all staff, except on the second floor where several L-shaped workstations are reused which had been tailor made for  our  previous  premises.  Reception  and  meeting  rooms,  as well  as  all  general  services  and support areas are located on the first  floor.  The  visitors  forum  is  a wide space aligned to the entrance door, that ends with a view on the city. A spacious cafeteria can accommodate   all   members   of staff and is also used for training and  practice  events,  as  well  as for  workshops  and  reception  of sales representatives. The library of  professional  periodicals  and technical literature is also located here which facilitates the regular use.

The design is industrially inspired and  minimalistic.  Glass  panels surround the meeting rooms and give  the  whole  a  contemporary character, a showpiece for a design practice. In 2013 an additional  roof  insulation  was  installed to improve thermal performance. We invested in a large number of PV  panels  which  cover  80  %  of the roof. This provides half of the electrical requirements.

With  this  project we  contribute  to the   shaping   of the city by giving a  new  life  to  an old    abandoned building. 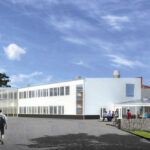 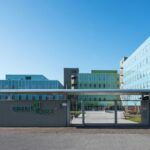